There’s been a lot of noise in the marketing community over the past few months about Pepsico’s “re-imaging” of its major brands.  These efforts have ranged from puzzling to disastrous.

Gatorade’s rebranding of its classic product as “G” drew mild protests.  Apparently, consumers were supposed to understand that a G with a lightning bolt represents “the heart, hustle and soul of athleticism (that) will become a badge of pride for anyone who sweats.” But it left at least some consumers uncertain what was in the bottle, so they chose to buy something else. 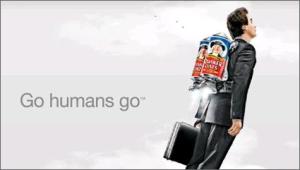 It probably says more about me than about the ad, but I think it suggests an unfortunate encounter between a severe case of flatulence and an open flame.  At least one analyst has an even more scatological interpretation.

Tropicana got the most attention because the decision to abandon the “straw-in-the-orange” icon was an immediate, visible flop. 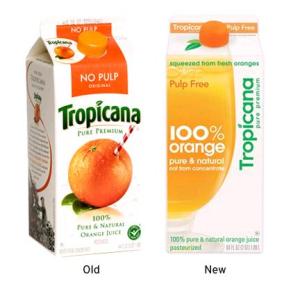 Pepsi pulled the new Tropicana package design from shelves in less than two months, after reportedly losing $33 million in sales (friends who have contacts at Pepsi tell me the actual cost was much higher).

The strangest case, though,  is the new look for Pepsi itself – not so much the design as what led to it.  Here’s a visual history of Pepsi logos, along with the new design (which sort of says “iPepsi” to me):

Like the Tropicana redesign, the Pepsi one was done by branding “guru” Peter Arnell.  A presentation on the design was leaked from his firm and is available on the Internet.  (See excerpts.  See full document.)

It’s entitled “Breathtaking,” which it certainly is, although not in the way its author intended.  It purports to connect the Pepsi logo to, among other things, Hindu traditions, the Pythagorean Theorem, Da Vinci’s Mona Lisa and Vitruvian Man, the Golden Ratio (which describes a rectangle, not a circle), and the Universal Law of Gravitation, under which Pepsi turns out to be a planet (or perhaps a black hole) with the ability to bend light.  As I’ve said elsewhere, I wish I were good enough to make this kind of stuff up.  I’m not.

These connections somehow lead to the conclusion that the white band in the middle of the Pepsi logo represents a smile.  And each Pepsi product now has its own unique smile that is supposed to convey the product’s essential attributes.  If you missed that, you have me as company.  My daughter, who is much closer to the Pepsi Generation than I am, thought it was a sailboat.

This document is not a fake, hard though that may be to believe.  To call it bull$*&# would be an insult to your favorite bull.  It contains neither any empirical support, nor even a wisp of logic to justify the design.  It’s just pages of nonsense followed by a smile.  (Considering what Pepsi paid for it, I think I know what the smile is about.)

The logo on a can of sugar water is one of the least important things I can think of.  But this whole event raises three questions that I do think are worth contemplating:

1) Why do we find it so hard to listen to the obvious? Not only does there appear to have been no research to support these redesigns, in the case of Tropicana there was prior research that argued compellingly against it.  I’m familiar with the prior research, and while it’s not my place to reveal what the insights were, I think I can safely say that a straw sticking out of an orange perfectly captures how people who care about orange juice (of whom, as Pepsi discovered, there are quite a few) want to feel about it.  That research isn’t terribly recent, but I would bet that consumer attitudes about orange juice are pretty stable.  So there was compelling empirical support for not doing what Pepsi did.  And they did it anyway.

2) How did any of this get past Pepsi CEO Indra Nooyi? I ask this out of genuine puzzlement, not as a personal criticism.  She has a great background and track record.  Late last year, even as the rebranding was beginning to unfold, US News rated her as “One of America’s Best Leaders.”   She received early indoctrination (as I did) at The Boston Consulting Group, a firm that is entirely about data-driven insights.  It’s hard to imagine anyone being in a better position than she was to have a well-tuned bul$*&# meter that would stop something like “Breathtaking” in its tracks.  Yet that meter seems to have failed her.  What happened?

Fables are exaggerated stories that remind us of ways that we might get into trouble.  Never have I seen a fable played out so vividly in real life, nor come so close to the exaggeration of the fable itself.  This emperor ain’t wearing any clothes.  The Breathtaking memo should have been stopped on about page three.  Instead, it reportedly generated a $1 million fee.

It’s easy to sit on the sidelines and criticize.  I like to think that if I’d been in the room I would have had the sense and the courage to blow the whistle.  But it’s truly hard to know, especially when someone as accomplished as Ms. Nooyi apparently wasn’t able to.  And that, I suppose, is why we have fables.

3) What kind of person prosecutes his own agenda without feeling the need for facts, reason, and perhaps the input of important constituencies (like customers)? Full disclosure:  I don’t know Peter Arnell and had never even heard of him before I started reading about all of this.  All I know about him is what I’ve read on the web and in a Newsweek profile that he apparently commissioned in hopes of rebuilding his reputation after the Tropicana failure.

The picture that emerges isn’t pretty.

Since I don’t know him, I can’t say whether that portrait is or is not an accurate description of him.  I can say, though, that it reminds me very much of a few people I’ve known over the years who had big egos and small consciences.  Those people did very well for themselves, and they always left collateral damage in their wake, sometimes a lot of it.  But if you’ve got no conscience, I guess that’s not a problem.